A day of presentatations aimed at helping you update and improve your Qest4 / Asyra practice, delivered by experienced trainers and users of the technology. This year’s conference will be transmitted live-online from Qest International HQ and training centre in Hampshire, UK. Recordings will be available 1 week after the event. 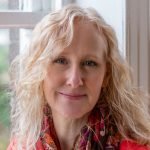 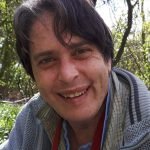 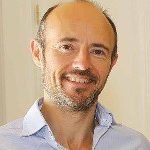 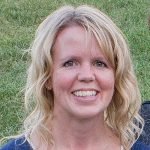 Adapting a Practice and Responding to Crisis - Mel Owen-Browne

Mel Owen-Browne, practitioner and Qest4 representative and trainer in Australia, works as part of a busy homeopathic clinic serving a vibrant community in Sydney. In this presentation, Mel shares how, having moved from the UK to Australia,  she evolved her clinical practice to respond to a busier clinical environment. As well as offering full QEST4 consultations,  she  started to develop a range of support remedies to meet the more immediate needs of clients in crisis, be that an acute health symptom, environmental issue such as the bush fires, or to help people in lockdown.

Those of us who have attended previous QEST International Conference events will be familiar with Lois’ approach to using Asyra QEST4 in a clinical setting, involving pattern recognition – organ-focus, biochemical, metabolic and emotional – and how they tie together.

This year, we will explore the GABA-Glutamate pattern and what patterns in our QEST4/Asyra hold tank that might lead us to address this issue. GABA and Glutmate have a complex and interconnected relationship. Both are very important neurotransmitters that have a profound impact on many different aspects of our physical, mental and spiritual health.

Understanding the Glutamate/GABA imbalance is of particular value in terms of identifying possible triggers for some of the more extreme autistic behaviours especially stimming, which can be so distressing and a big part of the external sign of neural dysfunction and inflammation, as well as issues with speech symptoms.

The Art of Building a Remedy - Hazel Drummond

Senior trainer, Hazel Drummond, describes how to relate to client experiences in your consultation, recognising that every client interaction is unique and specific to that practitioner relationship. As a result, making the remedy is as much an art as a science, requiring you to recognise that you are prioritising in every moment, whether you are aware or not. Hazel will share her experience of this process and give some tips from her background in psychotherapy.

An exploration and demonstration of the Auric Test protocol which had been substantially developed and refined by Nyelin Castleton in the run up to his death in 2019. The protocol aims to bring together in a structured protocol the key elements in the energetic functioning of the human body-field that can be accessed via the Qest4/Asyra technology. Training in using this approach will soon be available.

” This series of tests, which have taken over five years to design and develop, will allow you to look at what is going on/in your clients Auric field. I have found this information, when discussed with your client, plays a fundamental role in their re ease to complete health. My clinical research. Development and clinical observations of the auric field for over thirty years, has clearly identified that well over 80% of all dis-ease manifests in our aura and energy systems before appearing as presenting symptoms in the physical body. Furthermore I have found that if these aspects of our outer non-physical anatomy are not addressed then full recovery will not take place “
Nyelin Castleton 2016

– Catherine Hobbs has practiced and developed complementary therapies for thirty two years and worked with Nyelin Castleton for the last sixteen. We built our clinic around his work on the Auric field and our energy systems.

During this time I’ve seen the Re-Ease of diseases that I had not expected to see at the start of my vocation.

“The Auric Field Test Nyelin created for the Asyra /Qest is the result of his life’s work, observations and clinical studies. I believe it to be the most comprehensive aura reading in the world. It is also our most valuable tool as therapists.”

– Dani Benjamin is a qualified Naturopathic Nutritionist and has recent qualified in Harmonic Resonance Healing. Dani has a busy practice in North London in which she combines diet and specific nutritional advice, yoga, meditation and correct exercise alongside some Shamanic practices that involve emotional release and correcting faulty energetic programming.

“The Asyra/Qest4 is the glue that brings all this together. It is an integrated informatonal tool that works hard in my practice. I was fortunate enough to have some advanced training with the late (and great) Nyelin Castleton and was one of a team of practitioners worldwide to beta-test his Auric Field Test.

The Auric Field Test brought together more than 8 years of Nyelin’s work. I have been using it in my practice for the last 18 months and have found it to be, not only super-accurate, but the information it gives opens up deep conversations with clients and therefore facilitates healing.”

After 15 years in the field as a contributor to the Asyra and Qest4 community, Mark is interested most by the remarkable differences in perception of what energetic testing does and how it fits most effectively into a health practice.

Committed to building a credible reputation for the technology, and to supporting practitioners to explore the possibilities of energetic healing work, Mark expands on some questions around the nature and practice of testing.

Consideration is given to questions such as:

Ultimately, being aware of these questions is a necessary process to fully empower your practice. The talk will give some answers and help you to progress towards your own or refine those you already have.

Beyond Organs: A 5-Elements-Inspired Look at the Baseline - Jane Piper

A baseline reading has been part of the tradition of EAV-type systems going back more than 50 years. The listing is considered as relating to organs, being based on response to the signature of the related meridian.

It’s commonplace to regard the baseline results as saying that this or that organ may be stressed or weakened, but Traditional Chinese Medicine offers a much wider perspective on how we might use the baseline results. From this whole-person perspective of wellbeing, we see suppressed emotions and belief systems as being able to create blocks to connecting fully with life experience, and resulting in symptoms on a physical level. This is basis of the work of many writers such as Louise Hay, Shaki Gawain, Debbie Shapiro and others.

By drawing conscious attention to those areas of our lives that are out of balance, it is possible to experience a spontaneous shift that sets us on a path to healing.

In this talk, Jane looks at the Qest4 Asyra Baseline through the body-mind connections inspired by the Traditional Chinese Medicine 5 element model and others, to explore patterns that may not be revealed through a conventional functional interpretation.

As remote (surrogate) testing becomes an essential skill for Qest4/Asyra practitioners, Carol Galloway, Director of Qest LLC, draws upon her experience in practice with Qest4 and Asyra over many years, as well as the body of knowledge in the Galloway family around how energetic systems work, to give an overview of principles related to surrogate testing with suggestions to consider for clinical implementation.

Reserve your place online using the button below. Recordings will be available after the event.